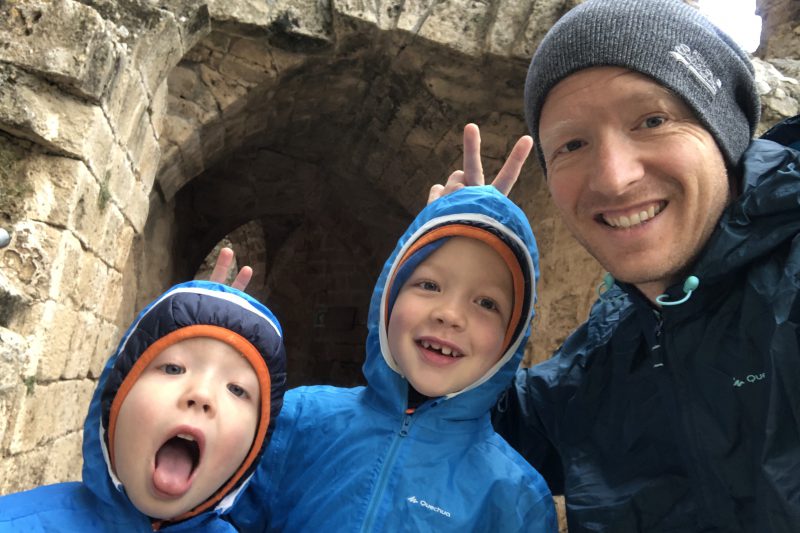 Of course we have had our share of issues along the years with our kids, which we are more than happy to share with you.

When we visited Japan, a stunning destination and the only place on earth where public transport beats your own drive hands down, our Bo was 1,5 years old and still in diapers. Carrying him around in the back carrier through the city was a site to be held and the attention for him was quite hilarious.

But then we had our first diaper changing moment and realized that the city has NO public waste bins…. NONE… ☹ Of course this results in an impeccable city (the Japanese take all their garbage home with them), but when you have a full diaper and a day of sightseeing planned, carrying it around with you is not what we envisioned… but did end up doing.

To add to the poopy story: In the middle of Australia (close to Uluru) we had to change a diaper as well and it became clear that there is so little food around, the diaper upon opening it was covered with several hundred flies in SECONDS… eeuugghhh….

Down under rapidly downhill

In Australia we bought a campervan with the help of our family there, and started our trip from Perth northwards in high spirits: DOWN UNDER HERE WE COME!! The first 48hrs in our new house on wheels however consisted of:

Goes to show that when things go wrong…. They really go wrong!!! And believe me we had a good shouting/crying session over it, but things could only go upwards from there.

We took a trip to Tortuguera, a nature reserve in Costa Rica to which you need to go by boat. It is a beautiful island on the coast, behind which there are wetlands to discover by canoe. On a daytrip into the wetlands, we had our son (1.5yo) with us in the canoe, and while it was getting warm, he pulled of his cap (you have all been there I am sure). As much of the trip was through shaded parts of small rivers we left it at that, but once we got to open water, and other canoes/boats passed us, we got some pretty heavy verbal abuse of some elderly tourists yelling at us to cover him up. Don’t get me wrong, we are a strong advocate of sun screen and if needed gluing the caps on your kids heads, but the experience was so baffling, we really doubted our parenting skills for a split second. To be clear: He did not die, he is fine, we put the cap on 😊.